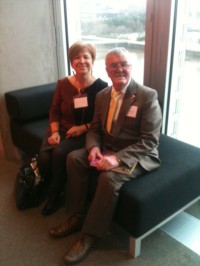 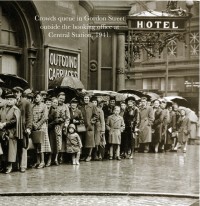 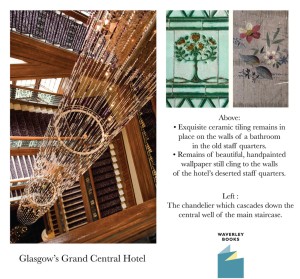 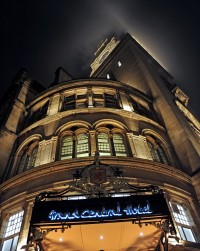 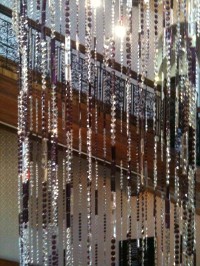 The Central Hotel was always known for its outstanding interior and its food. The Dining rooms were famous.

Today the hotel is prized for its high standards of food and the cocktail bar is famous for its beautiful decor and friendly welcome. 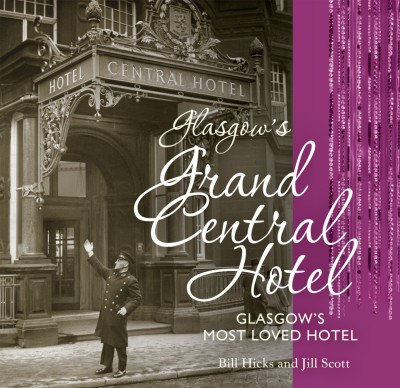 In 1914 King George V visited Glasgow with his wife Queen Mary. The House of Windsor was established with King George V as he was the first Windsor monarch. Today's working royals are descendants of King George and his wife Queen Mary. in 1917 the name of the family was changed from the German 'Saxe-Coburg-Gotha' to Windsor. History is a funny thing isn't it? King George only gained the throne because of the death of his brother Prince Albert, and Mary had been intended to marry Albert, but agreed after Albert's death to marry George. King George V is Queen Elizabeth II's grandfather. Here is a spread from the book that shows King George V and Queen Mary visiting Glasgow's Central Station on a tour of Scotland. The station at this moment boasts today a beautiful Christmas tree, and plants. Not so different! Still friendly and welcoming to all. 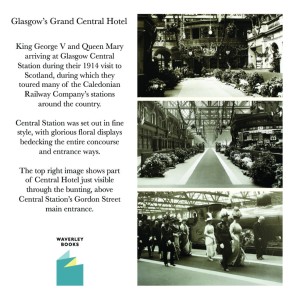