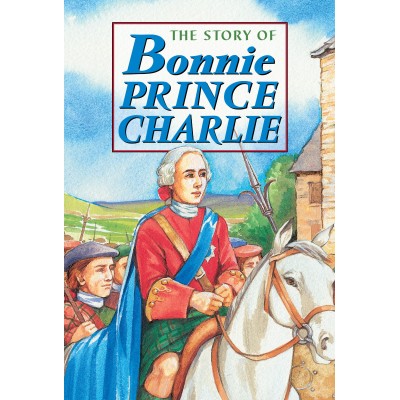 This colour illustrated book tells the story of Bonnie Prince Charlie - Charles Edward Stuart - in his quest for the return to the throne of the Stuart kings. The Corbies is a series of bestselling and treasured classics aimed at children aged 7+. He and his followers believed the throne of Great Britain rightfully belonged to the House of Stuart. He led the campaign, known as the Jacobite Risings of 1745, to overthrow King George II. He failed and fled Scotland, after he lost the Battle of Culloden, via Skye, famously rowed by Flora MacDonald's helpers, and got to France and then Rome, where he died in 1788. Charles Edward Stuart was born in Rome, so came full circle.

The books are illustrated in colour throughout and are simple, charming and colourful, helping children understand history in a very accessible way. Popular with teachers, the books provide an invaluable teaching aid.