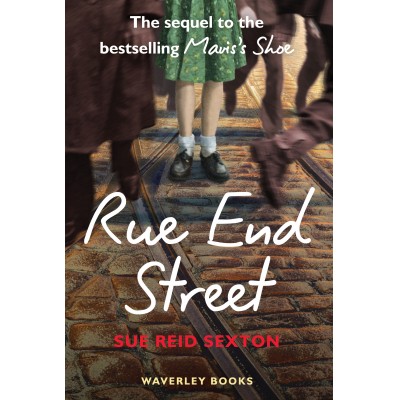 This is the story of a young girl who is coming to terms with changes in her family she is not ready for. A passionate story, told with warmth and conviction set in Greenock and Carbeth in the Second World War.

It is September 1943, more than two years since Lenny’s world was devastated by the Clydebank Blitz and she and her family are safe in the beautiful green hut community of Carbeth, Scotland. But as the tides of war turn and Italy joins the Allies to fight the Nazis, the fists of war and fear are set to grab Lenny once more. Adversity threatens each moment, and Lenny is about to lose her closest ally.

Told the family must move back to Clydebank with its smoke and factories and now overcrowded, teeming dwellings, Lenny refuses to give up her rural sanctuary. When her mother Peggy returns to Clydebank for a job, leaving Lenny to become a little mother to her siblings, Lenny lies about her age to look for work locally. But this new turn is bewildering. Exhausted, Lenny seizes on news of her father, convinced that if only she can discover the truth about where he is, if only she can find him, she can make their family complete again. But no-one will meet her eye.

Desperate, and in need of a happy ending, Lenny sets out, but all is not as she hopes… Her steps take her the length of the great Clyde estuary, and into new dangers in the vast, dark, threatening and adult war-time ports of Helensburgh and Greenock ...

Enjoy this new book, the sequel to

Mavis’s Shoe, a harrowing account of the bombing of Clydebank in March 1941.

"This haunting, beautifully-written blend of fact and fiction captures the strength of humanity, the courage in adversity and the heartbreaking loss caused by one
of the most tragic episodes in our nation’s history." The Daily Record

"A story of courage and survival as well as a highly readable and vivid account of one of Scotland’s worst wartime disasters." The Scots Magazine

"A remarkable story of a young girl’s survival of the aftermath of the 1941 Clydebank blitz." BooksfromScotland.com

About Sue Reid Sexton:
Sue has three published books by Waverley Books: 2 novels and 1 non-fiction.
Mavis’ Shoe (novel), Rue End Street (novel) and Writing on The Road (non-fiction).
Sue's books have been translated into two foreign languages, and Mavis’s Shoe was a Waterstone’s Top 20 of the Year, Scotland. It was also chosen by Scottish Booktrust for promotion, who commissioned a teachers’ resource pack to help teachers explain the book's themes of war, bombing, refugees, and the problems young children face when coping with grief and loss. The teacher’s pack is still available.
In 'Writing on the Road' Sue Reid Sexton describes how she travels solo in a tiny campervan which she uses as a creative space and general escape hatch. For a single day or weeks at a time, she disappears up glens and over mountains to write. Writing on the Road is about these flights, but is also a travel journal, a guide to living in the moment, to coping when your marriage unravels and how, as a single woman with children, she stays creative against the odds. The book has many facets and campervan don'ts and do's, and, importantly, how to face fears - especially how not to be scared in the dark. "Sue Reid Sexton speaks with a courage and humour that shine through this inspirational, honest and moving story." The Sunday Post
Sue speaks regularly at events on helping women to find the time and space to write and the joys of the wilderness. She is a graduate of Glasgow’s Creative Writing MLitt course. She runs daily meditation sessions, and works as a counsellor specialising in trauma. Sue has run events at Glasgow’s Aye Write Festival, Edinburgh Book Festival, Dundee Women’s Festival, and made frequent radio and TV appearances in connection with her continuing work on the Clydebank Blitz. 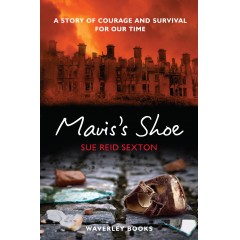