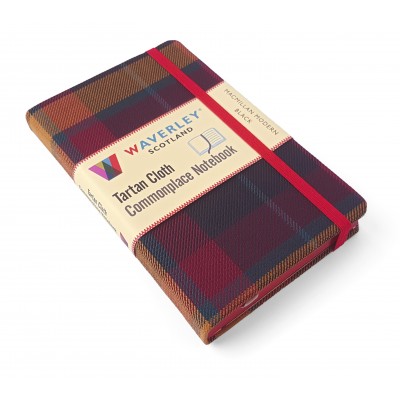 The Macmillans, and several other clans, are claimed to be descended from Airbertach, a Hebridean prince who is said to be a grandson of King Macbeth. Many of Airbertach’s descendants settled in the Inner Herbrides,but his son Cormac – a follower of St Columba – settled in Perthshire and was Bishop of Dunkeld in the 12th century. It is one of his sons, Gille Chriosd, or Gilchrist, that is the progenitor of the Clan Macmillan. Gilchrist was a holy man like his father and, like him, his hair would have been shaved into a tonsure – i.e. shaved bald at the front of the scalp – to show humility and religious devotion. The clan name in Gaelic reflects this: “MacMhaolain”, means son of the bald or tonsured one, and MacGillie-Mhaoil, means son of the servant of the bald one.

The clan’s historic seat is Castle Sween on the shore of Loch Sween, in Knapdale on the west coast of Argyll. Finlaystone House in Langbank, Renfrewshire, is the current seat of the chief of Clan MacMillan, George Gordon MacMillan of MacMillan and Knap, and it is a visitor attraction housing the Clan MacMillan Centre.

About this notebook: This pocket notebook is made with genuine tartan cloth woven in mills in the United Kingdom. Notebook pages and paper components are made with acid-free paper from sustainable forests. Boards used in the binding process are made of 100% recycled paper. This hardback notebook is bound in genuine British tartan cloth with an elastic closure, ribbon marker, eight perforated end leaves and expandable inner note holder. It contains a removable booklet about the history of clan tartans in 9 languages, and a bookmark that gives information on the Macmillan Modern Black tartan.