Home|History|Wales History of a Nation

Wales History of a Nation 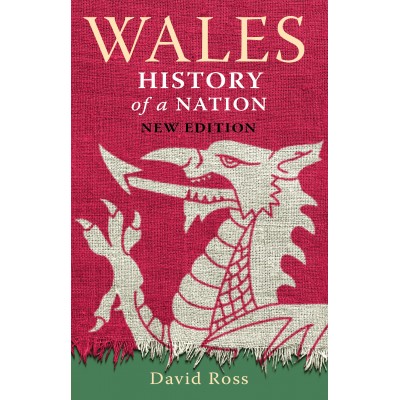 A bestselling book about the history of Wales, now in its third edition and now up date with latest developments on Brexit to spring 2019.

As a country, Wales began with Henry VIII’s Act of Union in 1536. Before that time, Wales had been a loose collection of kingdoms and lordships with many incursions from Europe. With a history traceable to 250,000 BC, the Welsh are descended from many different peoples.

Wales History of a Nation explains how Wales developed from its Celtic origins, through its joining the Union and its social, political and industrial development from then through to the modern age.

This is a clear, excellent and popular introduction to Welsh history written by the bestselling historian David Ross. It is an ideal guide for the student, as well as the tourist.

• The Normans in Wales (Henry I and Henry II)

• Towards Union (Henry VIII and the Acts of Union)

• Life in the Sixteenth Century

• Wales in the Seventeenth Century

• World War II and the Assembly

• A Chronology of Wales