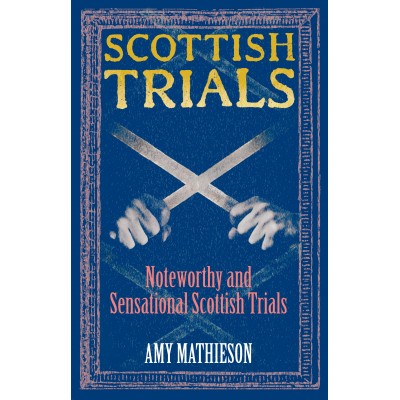 The fresh telling of the famous and sensational Scottish trials featured in this wide-ranging collection will enthral today’s reader just as much as the drama of the original trials must have fascinated those who were following what was happening in court at the time.

The people whose trials are covered in this book include: royal Scots accused of crimes against the Crown (for example, Mary Queen of Scots and Charles 1) and those less noble accused of nefarious crimes such as burglary and worse (for example, Deacon Brodie, and Burke and Hare); men like Joseph Knight, who today is seen as the man whose court case helped demonstrate Scotland was always against slavery, and Thomas Muir, whose actions in support of freedom for the common man were interpreted as seditious and worthy of punishment by transportation to Australia; and women like Madeleine Smith, who was accused of poisoning her lover in the Victorian era.