Home|History|The Glasgow Boys in Your Pocket

The Glasgow Boys in Your Pocket 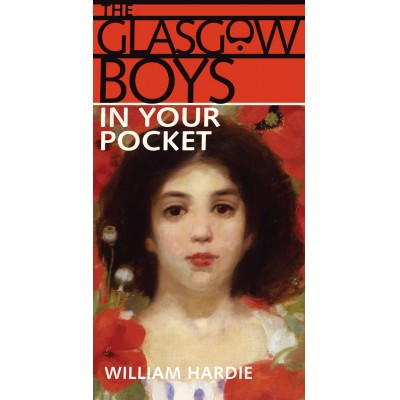 The Glasgow Boys revolutionised Scottish painting in the years between 1880 and 1895 but their influence lasted until just before the First World War.

Sir John Lavery, Sir James Guthrie, George Henry, Edward Atkinson Hornel, Joseph Crawhall, Edward Arthur Walton and William Kennedy formed the main group of painters, but there were some eighteen painters in total associated with the Glasgow school, with various friendships and painting groups among them. Their fresh, realist views of the Scottish countryside and Scottish life and their later more decorative works of art were influenced by the Impressionists and post- Impressionists as well as by Japanese and Dutch art.

As Glasgow became the fourth largest city in Europe, it celebrated its prosperity in a new phase of building – the city centre saw a new Art School and City Chambers – and its wealthy industrialists, publishers and merchants built lavish homes in the country. A rising demand for works of art to hang on these newly built walls meant that money was available to support and encourage the art being produced by the Glasgow Boys.

William Hardie’s knowledge of the art world and of painting techniques together with his understanding of the importance of financial support for artists make this a unique introduction to the artists who were the Glasgow Boys.

William Hardie is an acknowledged authority on Scottish painting. He was educated at Glasgow Academy and Glasgow University, and was Keeper of Art then Deputy Director of Dundee Art Gallery and Museum. He joined Christie’s in Scotland and set up the Scottish Pictures Department, which played a major role in the transformation of the international market for Scottish art. He formed William Hardie Limited in Glasgow in 1984, as consultants specialising in Scottish painting,

He has pioneered the renewed interest in Scottish artists such as the Glasgow School, George Dutch Davidson, Stanley Cursiter, William McCance and Donald Bain. Peter Howson held his first solo exhibition at the Hardie Gallery.