Home|History|Invention of the Western Garden

Invention of the Western Garden 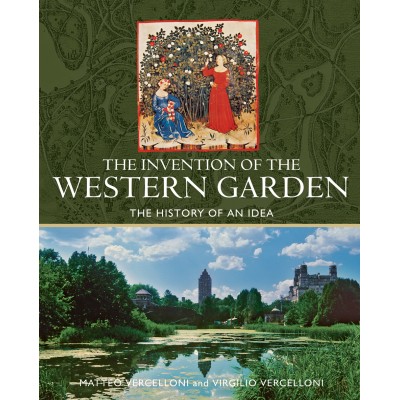 This is a beautiful, illustrated book that examines the history of the garden's development across the western world. The authors explore the idea of why European people have cultivated working with soil, plants, and weather for centuries to develop garden design, and through time used leaps in architecture and science to cultivate fields and forests into a space to grow plants.

This book provides some answers as it explores how the idea of the 'garden' as we know it today has evolved.

The Renaissance Italian garden (as exemplified in the Garden of Belvedere by Donato Bramante in the Vatican) spread as a concept and design throughout Italy and beyond to France, Germany, Bavaria, Austria, Bohemia, the Netherlands, Spain and Portugal until the time of Louis XIVth when Versailles, Le Tuileries and Fontainbleau were created as symbols of royal power.

It continued to spread until the 18th century, when the ideas of Lancelot Brown and William Kent (that the garden encompassed the whole landscape) took hold and the English came to lead the world in landscape gardening – witness Kew Gardens, Kensington Gardens, Badminton House, and Chiswick among others. In the 19th century gardens such as Hyde Park, Buckingham Palace and Twickenham (Thames) continued the trend until suddenly there was the concept of the public garden – a garden for everyone – and then the American garden where gardens were created on the edge of the urban world. Abandoned railway viaducts are the new urban hanging gardens – Dusmenil’s Viaduct in Paris – and people turn dilapidated places into green spaces in our modern cities – for example, the High Line in New York.

The book examines the concept of 'garden' in how it has been absorbed into the culture of 'urban planning' today.

Virgilio Vercelloni (1930–1995) was professor of History of Architecture at the Milan Poliecnico and the author of many books. Matteo Vercelloni graduated in architecture. He works in landscape management and is also an author.