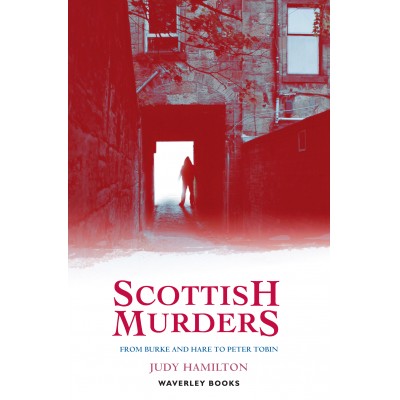 An anthology of Scotland’s worst and most infamous murders, this book contains 22 stories from Scotland’s bloodstained past.

Dating back to the fifteenth century, the book contains the story of the gruesome Bean family, who terrorised and cannibalised victims in Galloway; the grim account of David Rizzio’s death; the murder of Marion Gilchrist, and trials of Oscar Slater, the crimes of the never-traced Bible John, and the World’s End Murders.

These, and other chapters, make up the compelling accounts of some horrible murders. Capital punishment, abolished in 1969 in Britain, is also discussed. Details of Scotland’s last execution for murder, in 1963 in Aberdeen, and last public execution in 1868 in Dumfries, highlight the much-changed attitudes in British society today.

The author also explains how it was commonplace until the early 1830s for bodies of executed murderers to begiven up for dissection. Such was the fate of William Burke’s corpse – the last body that he provided for Edinburgh’s surgeons was his own. And this detail is expanded upon in an excellent chapter on Burke and Hare.

The author’s tone is reassuring with its matter-of-fact descriptions, and gives background detail that place the murders firmly in the context of their time. The book is now in its twelfth printing, and second edition. Judy Hamilton is a pseudonym, and the author has written several Scottish bestselling titles.