Home|History|Gallery: A Life in Art

Gallery: A Life in Art 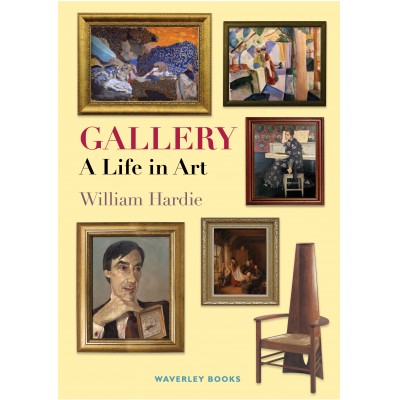 Gallery: A Life in Art by William Hardie

Gallery: A Life in Art is an autobiography by William Hardie about his life in the art world. Based in Glasgow, Scotland, Bill Hardie handled thousands of pictures as an art dealer over a 50 year period.

William Hardie grew up in the west of Scotland. He was a fine-art researcher at Glasgow University, then Keeper and Deputy Director of Dundee Art Gallery.

As a director of Christie's, between 1977 and 1984, Hardie set up the Scottish Picture Department. In 1984, he formed an art dealers and gallery, William Hardie Fine Art (Gallery) in West Regent Street, then Blythswood Street, Glasgow.

Within 10 years of establishing the gallery, Bill Hardie had discovered many wonderful pictures including a painting by Sir Joshua Reynolds that is now in The Stirling Smith Art Gallery and Museum, Stirling, Scotland; an Edouard Vuillard painting acquired by the National Gallery of Scotland, Edinburgh, Scotland, and a David Wilkie painting sold to the Paul Mellon Washington Collection, now in the Yale Center for British Art, New Haven, Connecticut, USA.

Hardie has presented many notable exhibitions. Early on, while in Dundee he organised many important shows in conjunction with the Arts Council; the Orchardson exhibition filled Edinburgh's Royal Scottish Academy in 1972, and toured to Manchester and London; Donald Bain (1972); George Dutch Davidson (1973) and William McCance (1975).

Hardie organised the Stanley Cursiter centenary show for the Edinburgh Festival (1987). At his Gallery he presented the Masters of German Expressionism (1990), and David Hockney's Scottish debut (1993). All reflected Hardie's commitment to art both old and new. In search for art, Hardie travelled some 40 times to Japan, and extensively in the US, Europe, and Tasmania.

Reflecting on his life in art Bill Hardie says “Sometimes it’s a gamble but
it’s great when it pays off. Serendipity is a wonderful thing, but you have
to persevere.”

This new book is a memoir of a colourful life in the art world and a significant record of Hardie’s contribution to Scottish art. The book contains 16 colour pages of reproductions of key Scottish paintings and works significant to Hardie’s work.