@ToonsFire @AbodysWullie @Sunday_Post Thank you. We loved creating that book and appreciated the help of the BBC Sp… twitter.com/i/web/status… … 2 months ago in reply to ToonsFire 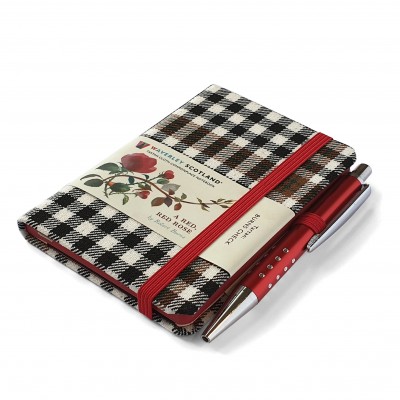 A gift, a handy, beautiful notebook with a pen in a pen loop, the Red Red Rose notebook is good as a wedding favour, or useful notebook in a pocket. Notebooks inspired by the importance of the ballads and songs of Scotland in the country’s life, heritage and culture.