Thank you very much for this Publishing Scotland. Lovely and have a happy Thursday! twitter.com/PublishScotl… 2 hours ago

Bit of Glasgow banter this am from our Govan postie for all our team workers locked down in Edinburgh : What's the… twitter.com/i/web/status… … 2 hours ago

"The long slow road to retail recovery in Scotland is going to take several months and I have low expectations" - M… twitter.com/i/web/status… … 1 week ago

'French Kisses' and 'A London Affair' by Jan Ellis 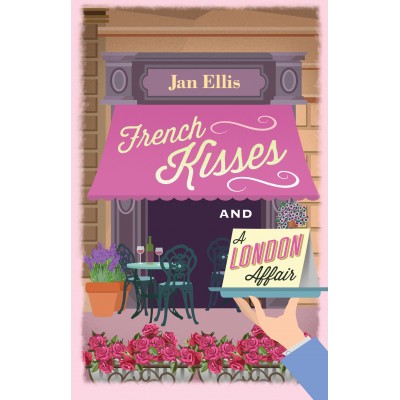 French Kisses and A London Affair by Jan Ellis

French Kisses and A London Affair are humorous contemporary romances with the emphasis on fun, family and friends. French Kisses has the idyllic rural setting of the Rhone-Alpes: When Rachel Thompson moved to France in her early twenties, little did she realise she would stay, become a successful artist and marry Michael, the love of her life. And life in France is pretty peachy until Michael hits 40, discovers his inner love-rat, and runs off with the kids' young, skinny, dance teacher.

Determined to re-build her life, Rachel recruits friends, neighbours and her children to help her transform the family home into a cosy guest house, and soon attracts an eclectic mix of visitors - and two quite different admirers. Which will she choose?

A London Affair: Kate leaves the countryside for a job in a posh London deli, and is soon surrounded by croissants and cappuccinos as she finds herself at the centre of a delicatessen dating adventure.

Along with the job comes new flat-mates, including the fun, exasperating Imogen (Immy) and Freddy, her long-suffering, handsome, boyfriend. Kate thinks she is doomed to early spinsterhood, but Immy has other ideas and sends her friend out into dating land with unexpected consequences for them all.

This is a fun romance that takes the reader from the King's Road to Cornwall with an eclectic bunch of characters that include an old hippy, a Russian property magnate and an ex-boyfriend who doesn't know when to give up.

About Jan Ellis: Jan Ellis began writing fiction by accident in 2013. Until then she had worked in publishing, and as an editor and historian of early modern Spain. She fell into fiction when a digital publisher approached her to write a history book, then made the mistake of mentioning women's fiction, which sounded more fun. Jan's stories have small-town settings with realistic characters who range in age from young teens to eighty-somethings. She is somewhat surprised to find herself a member of the Romantic Novelists' Association.