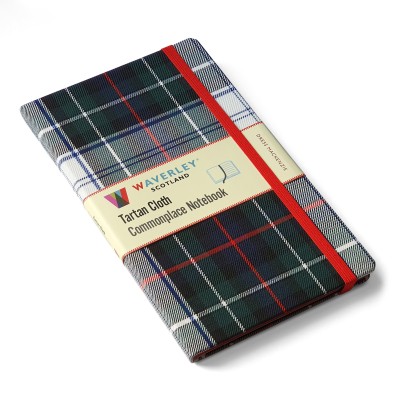 The Dress Mackenzie Tartan has colors of white with dark blacks, blues and greens and a single red stripe. A characteristic of many dress tartans is the white color. Just as 'Hunting tartans' used dark colours for hunting, in the same way most Dress tartans adopted white for dress occasions.

The Mackenzie clan is of Celtic origin. Its history goes back to at least the 13th century when they were established at Eilean Donan, near Kyle of Lochalsh, in the western Highlands of Scotland. Eilean Donan was their stronghold for centuries.

The 15th century was a time when many of the Gaelic clans were asserting their independence of the monarchy. It was then that Alexander, 6th of Kintail, and 1st Chief Mackenzie (before 1436, after 1471), gave his allegiance to the Royal House of Stewart. Alexander’s loyalty to James III against John of Islay, 4th Lord of the Isles, who was chief of Clan Donald, (d. 1423) was rewarded with a royal charter to the lands at Kintail. Later on, he was also given lands that had been confiscated from the MacDonalds.

Through successive chiefs, the Mackenzies continued to pledge their allegiance to the Crown. By the beginning of the 17th century they had acquired the forfeited lands of the MacLeods in Lewis and the MacDonnels in Lochalsh. In 1609, Kenneth, 12th Chief of Kintail, was created Lord Mackenzie. His son Colin was created the 1st Earl of Seaforth 14 years later.

The Mackenzies installed the Macraes as hereditary governors of Eilean Donan Castle, and the loyalty of the Macraes to their overlords was such that they were known as the “Mackenzies’ shirt of mail”.

The fortunes of the clan wavered in the 18th century. In 1715 they supported the Jacobite Rebellion but when it failed, they forfeited their lands and titles. The lands were repurchased and in 1771 the title of Earl of Seaforth was restored, but the male line died out in 1815.

The Mackenzie motto is Luceo non uro – “shine not burn”.