Thank you very much for this Publishing Scotland. Lovely and have a happy Thursday! twitter.com/PublishScotl… 3 hours ago

Bit of Glasgow banter this am from our Govan postie for all our team workers locked down in Edinburgh : What's the… twitter.com/i/web/status… … 3 hours ago

"The long slow road to retail recovery in Scotland is going to take several months and I have low expectations" - M… twitter.com/i/web/status… … 1 week ago 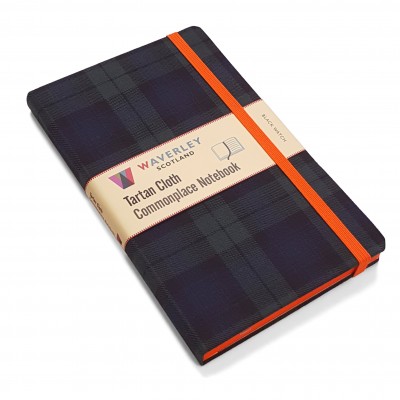 The Black Watch tartan is a rich, dark green and blue laced with black .

The Black Watch was formed in the wake of the unsuccessful 1715 Jacobite Rebellion, where James Francis Edward Stuart (1688–1766), son of the deposed James II, fought to put the exiled House of Stuart back on the throne.

From 1725, General George Wade (1673–1748) formed six military companies from the clans of the Campbells, Grants, Frasers and Munros. They were stationed in small detachments across the Highlands to prevent fighting among the clans, deter raiding, and to assist in enforcing laws against the carrying of weapons. In short, they were tasked with protecting the interests of the Hanoverian throne in Scotland.

Wade issued an order in May 1725, for the companies all to wear plaid of the same sort and colour. Their original uniform was made from a 12-yard long plaid of the tartan that we know now as the Black Watch tartan. They wore a scarlet jacket and waistcoat, with the tartan cloth worn over the left shoulder. The name is said to come from the dark tartan they wore, hence “black”, and from the fact that they were policing the land, hence “watch”.

The Black Watch museum states that the cloth would be wrapped around both shoulders and firelock (a musket type of gun) in rainy weather, and served as a blanket at night.

The Black Watch saw action in the French wars (1745–1815); battles of the Empire (Crimea, Indian Mutiny, Egypt, Sudan, Boer War); First World War; Second World War; and (post Second World War) saw action in Korea; carried out peace-keeping duties in Kenya, Cyprus and the Balkans; and took part in the invasion of Iraq (2003–4). Since 2006, the Black Watch has been the 3rd Battalion of the Royal Regiment of Scotland.

About the notebook: This notebook is made with cloth woven in mills in the United Kingdom. Notebook pages and paper components are made with acid-free paper from sustainable forests. Boards used in the binding process are made of 100% recycled paper. This hardback notebook is bound in genuine British tartan cloth with an elastic closure, ribbon market, eight perforated end leaves and expandable inner note holder. It contains a removable booklet about the history of clan tartans, and a bookmark that gives information on the Black Watch tartan.