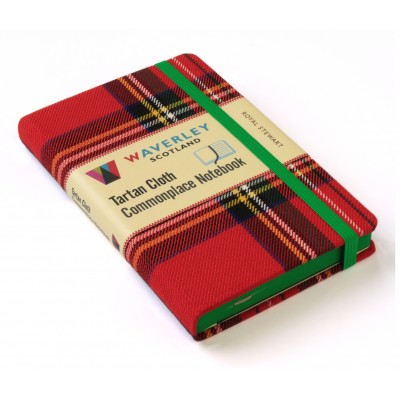 The Royal Stewart tartan is a rich red with black banding, crossed with a myriad of yellow, blue, green and white.

The story of the Royal Stewart tartan:

The royal line of male Stewarts was uninterrupted until the reign of Mary, Queen of Scots (1542–1587). Mary was executed for supposedly plotting against Elizabeth I of England. Her son James VI became James I of England (1566–1625) and ruled for 57 years. His son Charles I was beheaded for defying the government and Charles II was deposed because of his religion. James VII and II, married to Mary of Modena, produced a Catholic heir, James Francis Edward Stuart. For this James II was deposed and the family exiled in France.

In 1702, claiming his father’s lost throne, James Francis was attainted for treason in London, and his titles forfeited. The Jacobite Risings of 1715 and 1745 in Scotland, aimed, but failed, to put a Stewart (now Stuart) back on the Scottish throne.

The Royal Stewart “sett” is known as “the Royal Tartan”. The Stewarts have several tartans, the Royal being the most famous.

About the notebook: This notebook is made with cloth woven in mills in the United Kingdom. Notebook pages and paper components are made with 80 gsm acid-free paper from sustainable forests. Boards used in the binding process are made of 100% recycled paper. This hardback notebook is bound in genuine British tartan cloth with an elastic closure, ribbon market, eight perforated end leaves and expandable inner note holder. It contains a removable booklet about the history of clan tartans, and a bookmark that gives information on the Royal Stewart tartan.