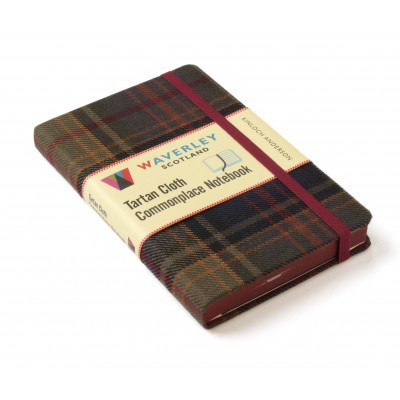 The Kinloch Anderson tartan is a rich combination of earthy browns, greens and golds, with a bold vein of dark red.

Kinloch Anderson was founded in 1868 when William Anderson, a tailor and maker of fine clothing, opened his first prestigious shop in George Street, Edinburgh. From modest beginnings, the company has achieved a unique place in the Scottish textile and fashion industry, managed by the sixth generation of the family.

For a century-and-a-half, Kinloch Anderson has been instrumental in maintaining the status of Highland dress. In the 20th century, the company developed an expertise in military tailoring and made officers’ uniforms for all the Scottish regiments. Kinloch Anderson is now a worldwide lifestyle heritage brand identifying itself as “British Style – Scottish Character”.

There has been a long and unbroken tradition of supplying the British Royal Family, beginning with King Edward VII in 1903. The company is proud to have Royal Warrants of Appointment as tailors and kiltmakers to HM The Queen, HRH The Duke of Edinburgh, and HRH The Prince of Wales.

Deirdre Kinloch Anderson, a director of the company, was the leading architect of the official Scottish Register of Tartans. Until 2009, the recording of tartans was carried out by private organisations. Deirdre led the project to ensure that the recording and codification of tartans was placed in the public domain, safeguarding Scotland’s tartan heritage in perpetuity. It took seven years and a Private Member’s Bill to enable the establishment of the register, held within the National Archives of Scotland.

About the notebook: This notebook is made with cloth woven in mills in the United Kingdom. Notebook pages and paper components are made with 80gsm acid-free paper from sustainable forests. Boards used in the binding process are made of 100% recycled paper. This hardback notebook is bound in genuine British tartan cloth with an elastic closure, ribbon market, eight perforated end leaves and expandable inner note holder. It contains a removable booklet about the history of clan tartans, and a bookmark that gives information on the Kinloch Anderson tartan.