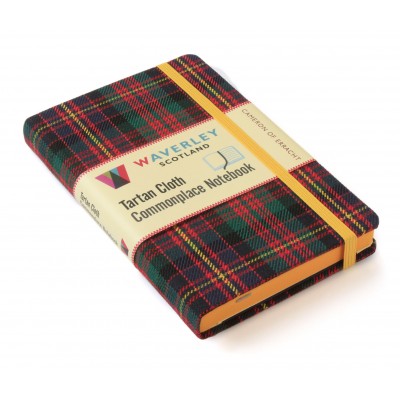 The Cameron of Erracht tartan has a lively palette of green, red and yellow interspersed with black and dark blue.