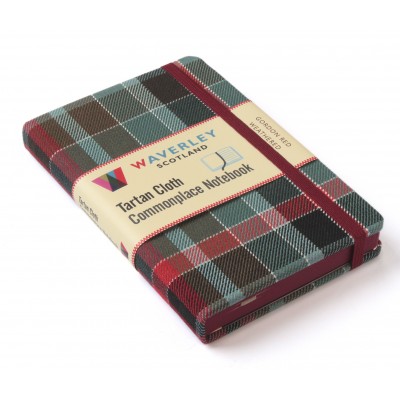 The first record of this very old Scottish clan name is from the 12th century, that of Richard, Lord of the Barony of Gordon in the Merse, which was part of what we now know as Berwickshire. However, since then, the clan’s association has been with lands in Aberdeenshire.

It is said that the progenitor of the Gordon clan is Richard’s descendant Sir Adam Gordon (d. 1333). During the wars of independence, he backed William Wallace in 1297 and, after renouncing his support of Edward I, also supported Robert the Bruce. In 1320, Gordon and Sir Edward Mabinson were bearers of three letters to the Pope asserting the independence of the Kingdom of Scotland, dated at Aberbrothock (Arbroath) on the 6th of April. One of these letters was the famous Declaration of Arbroath, signed and sealed by 51 nobles. It failed to convince the pope to lift his excommunication of Scotland but it is an eloquent and influential expression of nationhood. Bruce granted Gordon the lordship of Strathbogie in Aberdeenshire, which was then renamed Huntly, after a village on Gordon’s Berwickshire estate. Gordon was killed during the Battle of Halidon Hill (1333).

The Gordon Red tartan is sometimes referred to as “the Huntly tartan”. The Gordon Red Weathered tartan is a design that is intended to emulate the colours of an antique and original remnant of Gordon Red tartan fabric. The muted colours are replicated using natural dyes, and are intended to look faded with age. As their name suggests, weathered tartans are lighter in tone. The end result is a more natural and authentic look to the colourway of the tartan.

About the notebook: This notebook is made with cloth woven in mills in the United Kingdom. Notebook pages and paper components are made with acid-free 80gsm paper from sustainable forests. Boards used in the binding process are made of 100% recycled paper. This hardback notebook is bound in genuine British tartan cloth with an elastic closure, ribbon market, eight perforated end leaves and expandable inner note holder. It contains a removable booklet about the history of clan tartans, and a bookmark that gives information on the Gordon Red Weathered tartan.