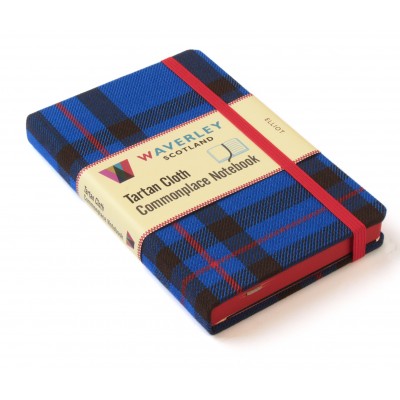 The Elliot tartan is a bright blue with black banding and bright red accents.
176 pages.

The Elliot Tartan is a bright blue with black banding and bright red accents.
The Elliots appear as a clan with a chief in the Scottish Borders around the 15th century, with territory around Upper Liddesdale. They were notorious Border Reivers. Reivers were families who raided the Border lands. They came from both England and Scotland.